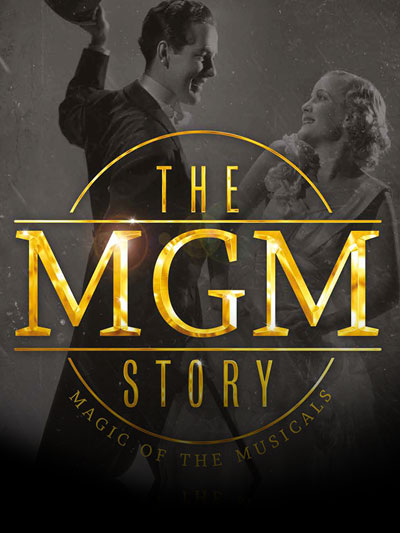 It’s a night out at the movies – live on stage

THE MGM STORY traces the story of the Golden Age of Song and Dance and tells the tale of how the studio fostered the talents of stars, including Judy Garland and Gene Kelly and composers, such as Cole Porter and Irving Berlin (plus many more).

This brand new musical revue will take you back to those timeless classics, with songs from ‘Singin’ in the Rain’, ‘An American in Paris’, ‘The Wizard of Oz’ and many more, featuring a brand new book by Chris Burgess and musical arrangements by Andy Collyer.

Set in a disused film set, set how the world of the MGM musicals comes alive – directed and choreographed by Matthew Cole – with a West End cast and band, we welcome you to the world of:
THE MGM MUSICALS!
GOTTA SING, GOTTA DANCE!
IT’S A NIGHT OUT AT THE MOVIES – LIVE ON STAGE